Lidingöloppet's initiator Sven Gnaderud said goodbye on the same day as his name and lifework was celebrated by thousands of runners, staff, and Lidingö residents during TCS Lidingöloppet 30K. Lidingöloppet here pays tribute to the memory of Sven and to his efforts for recreational races and public health in Sweden. 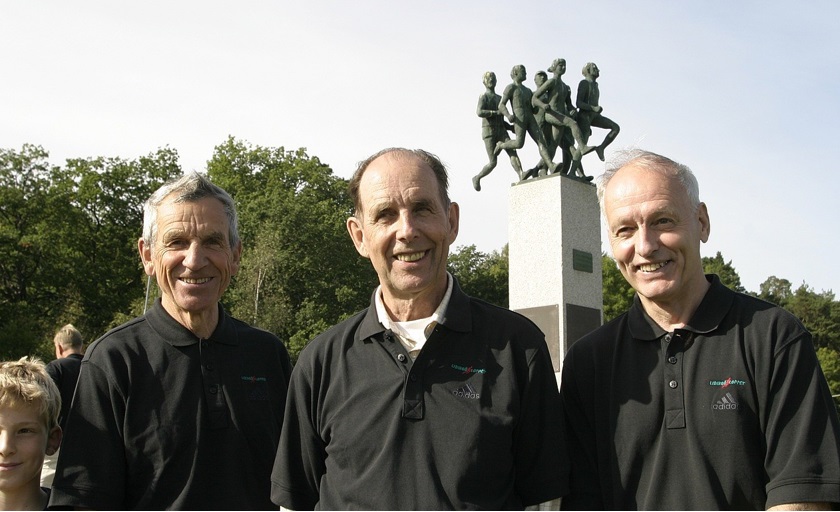 With only days left until his 100-year-celebration, Sven Gärderud crossed the finish line of his life course. Although he did not get to experience the 100-year-anniversary on September 29, he left the world under the most joyous circumstances - while his name and contribution to public health was praised in speaker systems and celebrated by thousands of participants along the TCS Lidingöloppet 30K.

The day that Sven said goodbye was the most idyllic that anyone could have imagined when Lidingöloppet was founded 57 years ago: the autumn sun warmed, the trees where red, orange and yellow, the water in Kyrkviken was clear and mirror-like, and along Lidingö's running course, thousands of participants, staff, and residents celebrated the folk festival that means so much to Swedish public health, sports associations, and the joy of running.

Through Sven's initiative to start Lidingöloppet in 1964, he not only created a traditional event that motivates thousands of individuals to engage in sports every year. The race has also become a tradition that binds an entire society together and that supports important projects for for example, children's and youth sports and cancer research. It was therefore with good reason that the commentators at Grönsta, during Sven's last day, praised his life's work and asked the participants in the 30K race to pay attention to "Sven Gännerud's bench" 700 meters from the finish line, where he for many years celebrated the runners in all race during the Lidingöloppet weekend.

Lidingöloppet race mourns Sven Gärerud's passing, while simultaneously sharing the hopeful attitude of the future that he conveyed all the way to the end: "As far as running is concerned, the situation looks good!". It is with great pride that we will work to consolidate this for future generations!