Building on belief with every step

TCS Lidingöloppet's title sponsor TCS shares an empowering message for the running community for our journey together ahead. 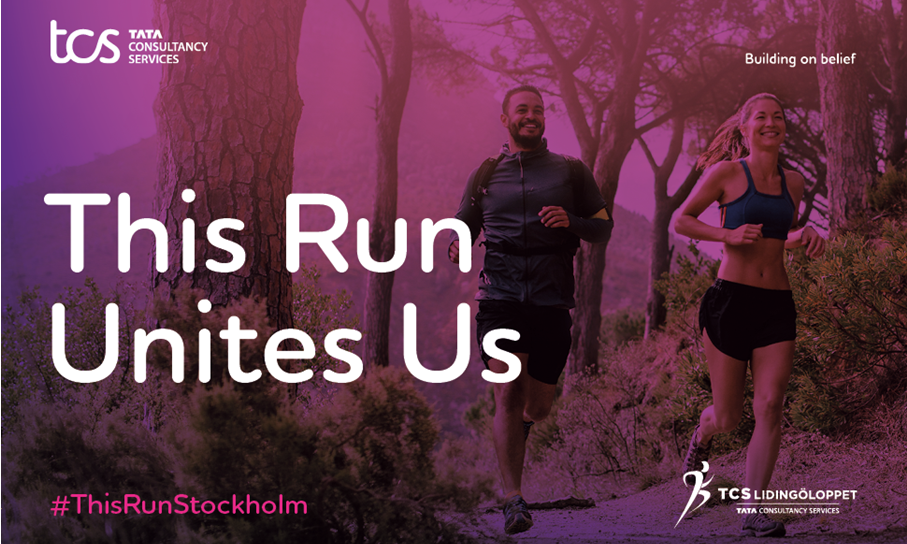 Cementing an already solid partnership, in 2021 TCS extended its commitment as title sponsor and digital partner to Lidingöloppet in Sweden for another three years. The original five year collaboration, which started in 2016, stands as a highly visible testimony to TCS’s commitment to health and the universal ethos of running, not just in the Nordics, but everywhere the company operates.

TCS partners with some of the world's leading races, including title sponsorship for the TCS Amsterdam marathon, TCS New York City marathon and TCS World 10k Bengaluru as well as sponsor of the marathons in Boston, Mumbai, London, Singapore and Chicago.

As the world's largest cross-country race, TCS Lidingöloppet attracts runners from over 35 countries around the world and its popularity has only grown over the time TCS has been its title sponsor.

This run unites us
Our running events are united by the TCS #ThisRun campaign, designed to inspire the global running community and encourage them to push themselves to achieve something extraordinary. One of the key drivers of the campaign was the creation of award-winning race apps that allow runners and spectators to engage more closely through such things as GPS tracking and digital coaching.  In 2019, TCS race apps were downloaded more than 1.42 million times.

A new message for 2021
In 2021 TCS has also embarked on a new brand journey under the ethos of ‘building on belief’. Its message is also powerfully interwoven into the story of running and the interplay of human spirit and technology. At TCS, we understand that every business is born of belief; the belief you can make an impact with ideas that matter.

In that belief, the human spirit is every bit as powerful as the technology that advances business. As with every runner who sets out from the starting line, they are building on shared ambition and optimism and together as a community, their influence permeates greater society.

As we embark on a 'brand' new journey, here's to the millions of runners who join with us at events like TCS Lidingöloppet to celebrate the indomitable human spirit because anything we believe we can do becomes possible.